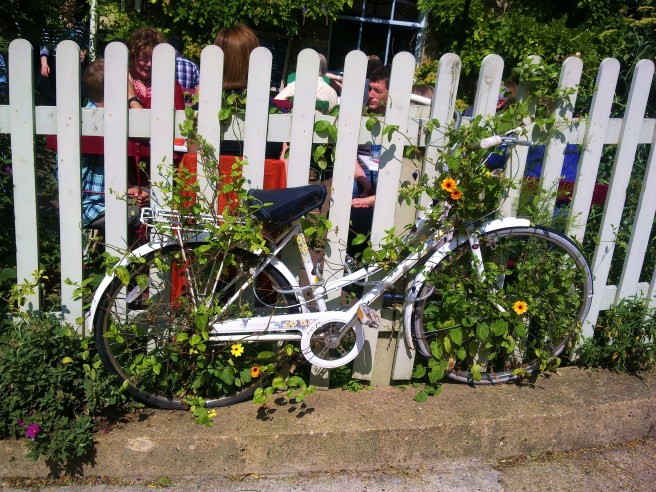 ‘Beginnings are difficult,’ I remember some years ago a friend from Bavaria trying to cheer me up. I was battling at the start of a secondary school teaching post. It did get better, mainly because I learnt to don invisible armour each morning along with my sword of triple-strength coffee and shield of practiced one-liners.

Beginnings are difficult but so are endings. I just finished reading the wonderful Me before You by Jo Jo Moyes and was dawdling so long on the final pages that my kindle almost switched itself off.

I’m reaching the end of editing my first novel. The final process has felt like fashioning a table from wood, carving each detail, then flinging it via mortar to the stars. The publishing world can be brutal. Agents take on few authors each year. Many publishers won’t accept manuscripts without an agent involved. ‘Have you thought of self-publishing?’ a writer-relative asked me recently. We exchanged a series of emails confirming that I will probably persist with the traditional route.

After the first three chapters have been sent, they say that waiting can be the trickiest part. ‘Start working on something else!’ chorus the writer blogs.

Elizabeth Gilbert in her book, Big Magic describes how she thinks up new stories. Her view is that ideas are floating about looking for someone to grab them and commit them to language. I’m not sure I would give them this level of agency but her attitude to making novels is life-affirming and contagious.

And if an idea doesn’t come soon? There is always the writer Clive James’ approach (again from Gilbert’s book, abridged):

Following a commercial failure in the West End…

James’ young daughters[ …]asked him if he would please do something to make their shabby old secondhand bicycles look nicer[…], he hauled himself up off the couch and took on the project….The girls grew impatient for him to finish but James found that he could not stop painting stars [on the bikes]. It was incredibly satisfying work. When at last he was done, his daughters pedaled off on their magical new bikes, thrilled with the effect…The next day, his daughters brought home another little girl from the neighbourhood, who asked if Mr James might please paint stars on her bicycle…as he did so, something was coming back to life. Clive James at last had this thought, I will write about this one day. And in that moment he was free, failure had departed, the creator had returned.

I love Elizabeth Gilbert’s assertion that in doing something else we are freeing up the channels of creativity because the pressure is off. ‘Einstein called this tactic “combinatory play” – the act of opening up one mental channel by dabbling in another.’ Beginnings are still difficult, but somehow less so when starting out is couched as play.

Is creativity its own reward? What is your experience of writing/making art/music and posting it off for publication? I’d love to hear from you below...

7 thoughts on “I will write about this one day”