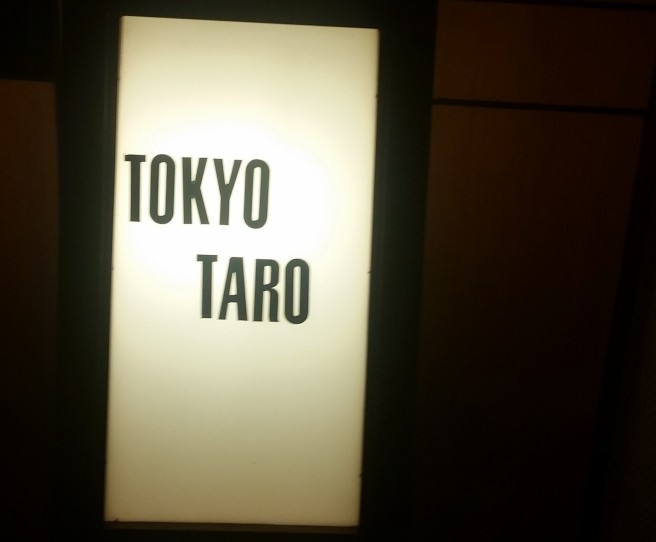 Forty years ago when Muscat was transitioning from rocky territory to modern city, a hotel was built in the East of the city – in Ruwi – the height of modernity in the early eighties.

Before the great chains dotted themselves around the capital, there was The Falaj Hotel. Named after the ancient canals which snake across the country, and the nearby Falaj Fortress, it had a grandeur seen only in India and the subcontinent, and was thus the place of choice for business people and travellers at leisure.

Wander in to its lobby today and the ancient air of the Arabian peninsula comes wafting through. Dhow ships of wood sit below seventies style lighting, the lobby is large, its odour of burning perfumed stones, (the local ‘luban’ – frankincense), unique as a signature.

The restaurant we are looking for is located on the 8th floor, in an unassuming room which has been there since the hotel began.

Its interior is simple: seventies-style structured lampshades overlook canteen style booths. Tables are divided by a noughts and crosses wooden lattice. Each setting is furnished with a tiny jug of soya sauce and condiments.

Until very recently Tokyo Taro was frequented weekly by large groups from Muscat’s Japanese business community and it’s easy to see why.

Even eating gluten-free, there is plenty to choose from. The avocado maki rolls are soft, rice fluffy; biting into one is a dream. The teppan-yaki chef cooks exactly to order and I am left wondering how stir frying vegetables on a hot plate can produce a dish so tasty. The accompanying sesame and cashew sauce (instead of wheat- containing soy sauce) works well with it too.

Our waiter, Felrom, accommodates our many questions, serving my companions fresh, fluffy tempura along with a Spinach and vinegared cucumber salad. Sashimi, mixed sushi, grilled dishes are all prepared with the same high level of care. Portions are generous and for a mid-range restaurant (60 OMR for 4 people) we are left with a lovely choice of leftovers.

While the city of Muscat has challenged olde world Hotels like The Falaj with a proliferation of world class places to stay (Muscat barely does mid range, let alone budget accommodation) Tokyo Taro remains, four decades on.

Yet the whole place feels like it’s already seen its golden age. Visiting the ladies, I leave the dining area and climb some back stairs. The walls and floor are painted institution blue, there are steel caps on each stair, a strange sparseness to the decor as though I have wandered via time-machine into a Victorian school. People with disabilities, wanting to access the facilities would not be well served by the lack of lift to the 9th floor.

The business folk who used to visit each week have long since stopped coming to Tokyo Taro, the waiters say. Though the food remains, apparently, as good as it always has, there is the sense that something needs to happen to reinstate the restaurant’s popularity. I, for one, would be pleased to return as regularly as required to help in this tasty diner’s comeback.

All books, restaurants, events featured in this blog are chosen out of personal interest. No financial or other reimbursement is offered to me by the proprietors, authors or organisers.